Social networking was one of the big movements of the first decade of the 21st century. It pretty much didn’t exist in an online sense before the decade started, but by the time the curtain fell on 2009, most of the world’s web users had either a Twitter account, a Facebook profile or a MySpace page – or all three, in many cases. Sensible website owners and internet marketers very quickly realised the potential that these sites had.

What each of the sites named above – and various others – have in common is that they cost nothing to join. While it used to cost money to have a public presence on the net or elsewhere, now it is possible to put yourself in people’s view without having to part with any money at all. Twitter is perhaps the best example. Due to the 140-character limit for messages “tweeted”, it is very fast-moving, and as a result people use it more.

If you want people to visit a website, the quickest way to attract them is to put a link in your Twitter messages. Don’t do this every time, or people will run a mile – but where there is a good reason for them to be interested, Twitter is an excellent way of getting your link seen, and clicked, by a lot of people in a short space of time – and they may then highlight it to their readers.

What all social networking sites have in common is that you have a great deal of control – so you can decide how you are seen, and how people will feel about visiting your site – this is highly beneficial when it comes to driving traffic. 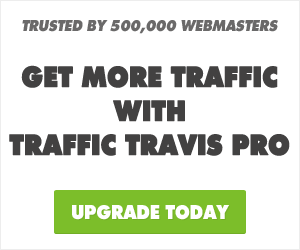